ReSource Waste Services of Lewiston (ReSource Lewiston) facility is an integral component of the region’s complex solid waste management system, assisting the state of Maine and the larger New England region in their ambitious efforts to meet recycling goals.

Less known, perhaps, is the facility’s close relationship with the City of Lewiston. 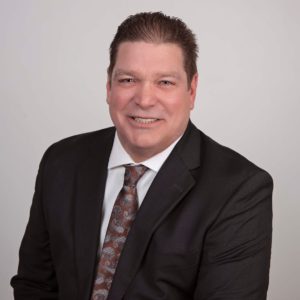 As part of a long-term lease agreement with the South Park Development Corporation (SPDC), an economic development corporation that serves Lewiston and the surrounding area, the ReSource Lewiston facility offers free disposal of construction and demolition debris (CDD) and oversized bulky waste (OBW) to the City of Lewiston and makes lease payments to the SPDC. It also makes tax and other direct payments to the City.

The total benefit to the City of Lewiston and SPDC, in direct payments and value of in-kind services, is approximately $275,000.

David McCutcheon, the ReSource Lewiston Facility Manager, said the facility processed approximately 1,000 tons of CDD and OBW from the City of Lewiston, including 2,329 mattresses.  Most of this material, McCutcheon said, came from Lewiston residents, businesses and organizations that dropped the material at the Lewiston Transfer Station.

In addition to that in-kind service, the ReSource Lewiston facility made significant direct payments, including lease payments to the South Park Development Corporation; real estate tax and personal property tax to the City of Lewiston; and fees to the City to dispose of asphalt, brick and concrete waste and for water and sewer use. McCutcheon said that these benefits do not include the facility’s spending on payroll and services with regional vendors.

Over the last several years, ReSource Lewiston also has participated in a number of state-sponsored initiatives including mattress stewardship, reduction of OBW and carpet recycling. It makes direct payments of approximately $400,000 per year to the Maine Department of Environmental Protection for disposal of waste at the state-owned Juniper Ridge Landfill.

Gregory Leahey, the President and Chief Operating Officer of ReSource Waste Services, said the company plans to make additional investments in the near future to enhance the facility’s performance. “We are committed to optimizing this facility,” he said. “We feel a strong loyalty to the City of Lewiston and State of Maine and we plan to make further investments and improvements to the site.”