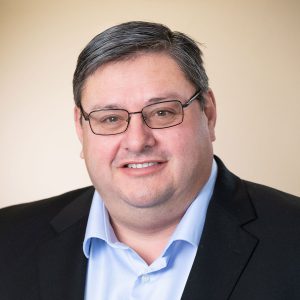 The Boys & Girls Club of Greater Salem serves youth from the Salem region between the ages of 3 to 18, providing a wide variety of services, including summer camp, transportation to and from school, aquatics, athletics, after-school programming and field trips.

“We partnered up with the Club early on,” DeVito said. “It seemed like a really good initiative to get involved in helping out our local children.”

DeVito said the facility’s first major project to benefit the Club took place in about 2003, when his Salem waste company hired a third-party demolition crew to dismantle a building at the club and processed the waste from that demolition.

About eight years later, the Club needed to replace its basketball court. DeVito’s team led efforts strip out the old wood and recycle it. Another local company installed the new floor, so the Club was able to deconstruct, dispose and construct its basketball court with no cash outlay.

ReSource Salem also sends a crew to the Club every spring for an outdoor spring cleanup effort. “We go every year. We sweep the winter sand from the parking lot, weed the flower beds and re-mulch the flower beds,” DeVito said. DeVito said this annual effort dates back to about 2007.

The Boys & Girls Club acknowledged the longstanding support from DeVito and his team in 2013 and in November 2019, when it honored the Resource Salem facility with the Richard P. McCoy Service Award for outstanding support, service and commitment to the Club at the Club’s 47th annual award dinner.

“Mr. Devito and his ReSource team have been a tremendous support for not just the Club, but for the thousands of children for whom we provide services.  The programs we’ve designed for the community are delivered in a facility they’ve helped build and maintain.  We are forever grateful to Mr. Devito and the ReSource team!” said Marco Abreu of the Boys & Girls Club of Greater Salem.